Background: What is Unemployment Insurance?

To be eligible for unemployment insurance benefits a person needs to lose a job through no fault of their own.  Generally, if a person is fired or quits a job they are not eligible for benefits.  UI is a program that eligible workers earn and is designed to provide some level of income support during the emotional and economic distress that accompanies job loss.

Current law requires DES to consider prior wages earned, the distance traveled to the job, and working conditions in determining whether or not suitable employment has been turned down.

SB1398 Provision: Force workers to lose benefits if, after four weeks, they do not accept a job that pays minimum wage regardless of extenuating circumstances (minimum wages in almost all cases is greater than 120 percent of the benefit being received).

Problem: There are many reasons why a worker ought to be able to turn down a job.

Unemployment insurance is paid through a tax on employers, though economists consider it part of the total wage bill, so it is wholly or partially paid for through lower wages paid to the employee.  In Arizona the tax is assessed on the first $7,000 of earnings, the minimum allowed by federal law.  In most other states, the tax is assessed on the first $15,000 or more (the highest is $44,000).  As a percent of total wages, Arizona’s unemployment insurance tax rate was 0.43 percent (43 cents out of each $100 paid in total wages and salary).  The national average is 0.59 percent. (Source: U.S. Dept. of Labor, Employment & Training Administration, Average Employer Contribution by State, 2017 (est).) Click here for more information.

Fact:  Arizona does not have cost problem with its unemployment insurance system. Arizona’s maximum unemployment benefits are the second lowest in the country-and far lower than all neighboring states.  Arizona’s maximum weekly benefit of $240 is about half of nearby states: Nevada ($426), Colorado ($568), Utah ($524), New Mexico ($475) and Texas ($493). In addition, Arizona has far fewer workers receiving unemployment benefits as a percent of the total unemployed population compared to almost all other states.   Only 15 percent of unemployed workers in Arizona collect benefit, which is much less than Nevada (26 percent), Colorado (31 percent ), Utah (21 percent ), New Mexico (22 percent ) and Texas (30 percent ).

Arizona’s benefit formula is similar to many other states, but capped at a far lower rate.  Benefits are designed to replace HALF of prior wage levels.  Consequently, a recipient whose benefits are not capped could be expected take a position that PAID FORTY PERCENT LESS than their prior work under the suitable work provision in this bill.  The lack of clarity involved in some job pay ranges could lead an  unemployed individual to inadvertently seek a position that pays substantially less than their previous position.

Arizona’s maximum benefit is $240 per week.  Workers who had earned more than $480 per week ($25,000 per year) will have their benefits capped, so they will receive less than half their prior pay.

For example, a person who was earning $35,000 per year would receive just over one-third of their former pay as unemployment benefits.

DES reports that the average weekly benefit amount is $230 which indicates that a very large portion of recipients’ benefits are capped at $240 per week.

Consequently, unemployment benefits are not a good measure for determining suitable work.  Prior earnings are far more appropriate. The current use by DES of 80 percent of prior earnings is a better standard (reported on Gilger, Lauren, KJZZ, “What does Arizona Law Require of People on Unemployment,” March 23, 2018. Click here for source.

Fact: While North Carolina did apply a suitable work standard tied to unemployment benefits the state’s maximum benefit is much higher, $350 per week, so the legal threshold for someone capped is at least $420 per week.  And it does not apply until after 10 weeks, not 4 weeks as with SB1398. 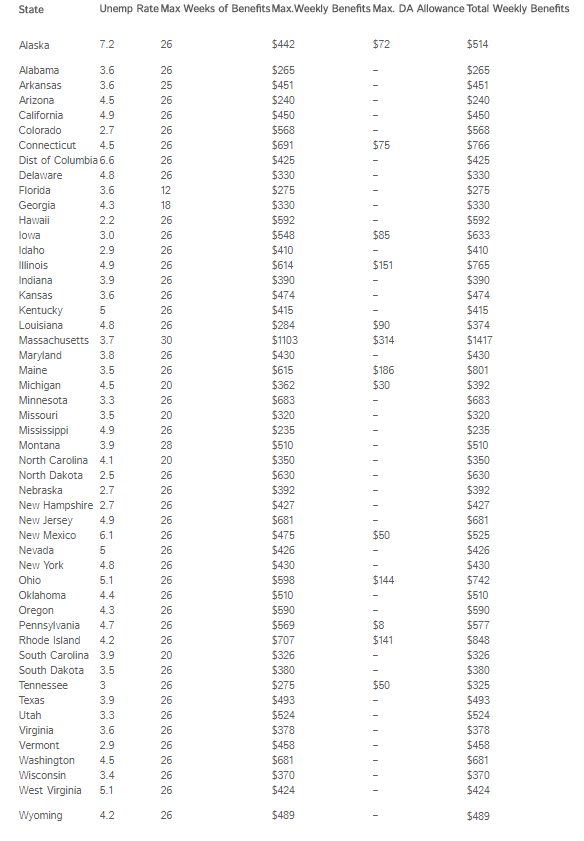 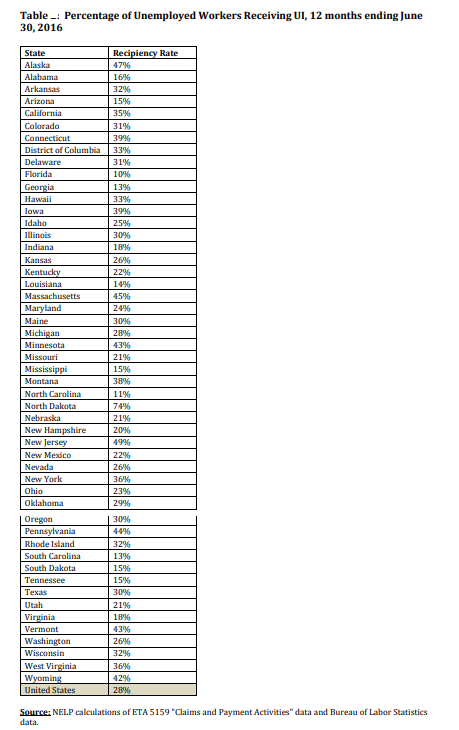 This Labor Day, 82,000 or about one-third of jobless Arizonans … END_OF_DOCUMENT_TOKEN_TO_BE_REPLACED

Phoenix — The state of Arizona has the opportunity to … END_OF_DOCUMENT_TOKEN_TO_BE_REPLACED

The Arizona Solution to Unemployment Insurance: A state-based solution for adequate benefits and a solid trust fund