Home » About Us » Board of Directors

The Board of Directors includes a bi-partisan group of former state lawmakers, economists, community leaders, and academicians. Over time, the board of the nonprofit will expand and be composed of an even more diverse, broad based, bi-partisan group of business, community, and academic leaders who share the Institute’s vision during the 21st Century. 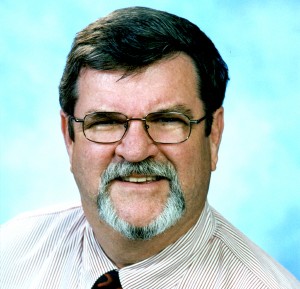 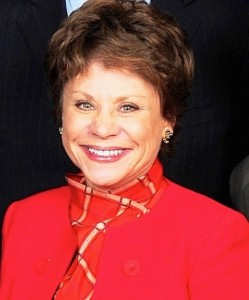 Lucia Fakonas Howard has been an attorney in Arizona for over 40 years, first as a partner at the firm of Meyer Hendricks Osborn and Maledon (now Osborn Maledon), and then as a principal of Fakonas Howard, Ltd. Lucia holds a BA from Arizona State University and a JD from Harvard Law School. She is currently retired from the practice of law, but remains active in several real estate development projects. She is the past president of the O’Connor Institute (OCI), founded by retired Supreme Court Justice Sandra O’Connor, co- chaired the social justice programs at OCI for six years, and currently serves on its Advisory Council. Lucia has been involved in numerous civic boards and commissions, including as co-founder and the first president of the Arizona Women’s Law Association, chair of the Arizona Commission on Salaries for Judges and Elected Officials, chair of the Legislative Committee on Child Trafficking for the City of Phoenix, president of Charter 100, co-founder of the Greater Arizona Economic Council (GPEC) and Mayor’s liaison to the Phoenix Economic Development Department. Lucia is active in Arizona and national politics and has been involved in a number of campaigns for candidates as well as issue initiatives. She has served as an advisor to elected officials at the city and state levels on issues ranging from economic development to women’s rights. Lucia loves Arizona and commits her time and effort to projects that protect the rights of and improve the quality of life for all Arizonans. 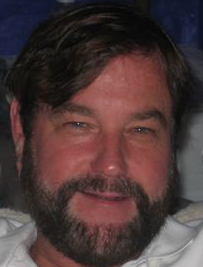 Mike O’Neil is a pollster/survey researcher by training whose firm, O’Neil Associates has conducted over 1,800 public opinion research projects throughout the country over the last 35+ years for every conceivable type of client. He is a lifetime policy wonk and currently exercises those muscles as KTAR’s resident political analyst and host of the public policy program, The Think Tank. 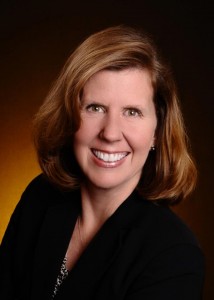 Roberta Voss is a retired telecommunications and government relations attorney who now represents clients in the commercial and residential real estate markets. Roberta served in Arizona’s House of Representatives for 6 years and has volunteered extensively with community organizations. 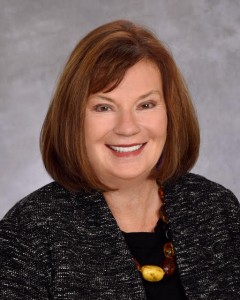 Susan Gerard served in both the Arizona House and Senate for 14 years. She concentrated on health policy and chaired the Health Committee in both Chambers. She formally served as the Director of the Arizona Department of Health Services and Health Policy Advisor to the Governor along as the chair to the Public Health Law Review for the RW Johnson Foundation. Susan currently sits on the Board of Maricopa Integrated Health Systems and the board of the Arizona Public Health Association. 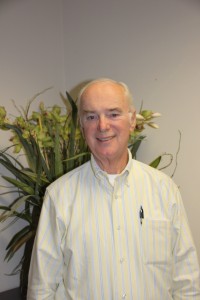 George Cunningham, Chair Emeritus of the GCI Board of Directors, is a former member of both the Arizona Senate and House of Representatives. He was Governor Rose Mofford’s Chief of Staff and Governor Janet Napolitano’s Deputy Chief of Staff for Finance and Budget. At the University of Arizona, he served as Vice President for Administrative Services. Throughout his career, he focused on fiscal policy, economic expansion and investing in Arizona’s future.

George was recognized by his legislative colleagues and businesses, labor, and community leaders as an effective and knowledgeable legislator who worked to build bipartisan coalitions. George is a Co-Founder of the Grand Canyon Institute and has been a driving force for elevating the fiscal and economic implications of policy initiatives and decisions for the benefit of policymakers, the media, and the general public. 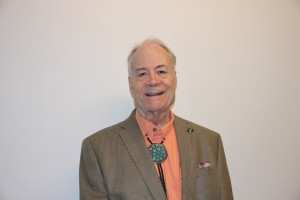 Tom Chapman is a community leader who believes that civic involvement in historic preservation and the arts is critical to Arizona’s economic development. He Chairs the Phoenix Heritage Commission and serves as Vice Chair of the Historic Preservation Commission. He is Secretary of the Arizona Citizens Action Committee for the Arts and is a member of Arizona’s Centennial Commission. 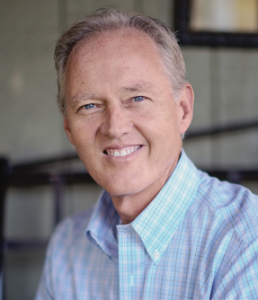 Paul Johnson is best known for his time in politics. Paul served on the Phoenix City Council from 1985-1990, and was the Phoenix Mayor from 1990-1994. He was highlighted in the New York Times, Forbes Magazine, Healthstyles Magazine and People Magazine, and his administration received the Bertelsmann Award as the “Best Run City in the World.” He has chaired several Presidential Campaigns, was a featured speaker at the Democratic National Convention in 1992, and is a leader in the fast growing Independent Movement. He is a vocal and respected advocate for ending partisanship in politics in Arizona and America.

Paul currently serves as Chairman of the Board of Arrowhead Health Centers and is co-founder and leader of Redirect Health. He has also founded several multi-million-dollar companies and has large real-estate holdings. Those companies currently include Southwest Next LLC, a counter-cyclical real- estate company buying commercial product, apartments, and land in a down market, and Old World Communities LLC a land development company in the Phoenix market. His companies also enjoy the strategic competitive advantages of the 3DirectTM system.

Paul also serves on the Board of Directors of John C. Lincoln Hospital Foundation, Chairman of the City of Phoenix Bond Commission, and on the Executive Committee of the “Greater Phoenix Economic Commission” the leader in the Greater Phoenix areas economic development. Paul was a History major at ASU, has a MSBA in Business Management from University of Phoenix, and was a part of the executive program at Kennedy School at Harvard University. 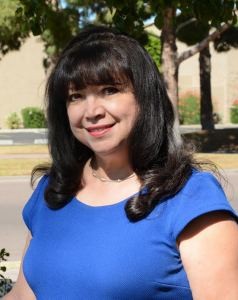 Linda Mazon Gutierrez is President of the Hispanic Women’s Corporation which hosts over 2000 Latina women every year at the largest conference of its kind in the nation. Linda received her Bachelor’s and Master’s degrees from Arizona State University in 1972 and 1973. Linda completed her fellowship in 1992 with the National Hispana Leadership Institute (NHLI) at Harvard University at the JFK School of Government. She was a longtime government and health care official serving as the congressional liaison.  She has also served as the elected Chair of the Board of Directors to the National Hispana Leadership Institute. 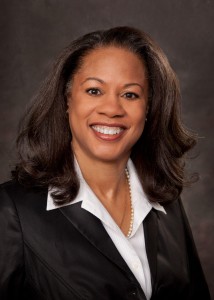 Yvonne R. Hunter is a licensed attorney and serves as Principal Consultant for YH Strategies, LLC.  Ms. Hunter remains involved in public policy concerns in Arizona, and serves as an arbitrator for the American Arbitration Association.   She served as a lobbyist on state and federal issues for a number of years, and practiced law as a civil litigator in the environmental/natural resource arena. Her community volunteer service has included the Salvation Army, Phoenix Public Library Foundation, Maricopa County Bar Association and numerous other boards and commissions. 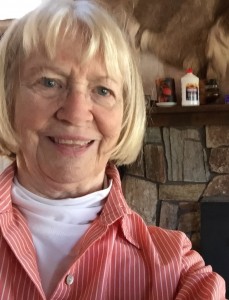 Susan Tierney is a retired bilingual mathematics teacher from the Phoenix Union High School District. A former Peace Corps Volunteer (Venezuela 1967-69), she taught algebra to high school freshmen for 25 years, with time out to raise two sons. She has a B.S. Degree in Economics from the University of Illinois and a M.A. Degree in Higher Education (with a Bilingual Certificate) from ASU. Since retiring in 2008, she has been active in St. Francis Catholic Church. She is a member of the CORE Team for Valley Interfaith Project (“VIP”). That organization is involved in (a) lobbying the State Legislature for Criminal Justice Reform, (b) attending to migrant and asylees needs in the Valley, and (c) Career Pathways, which involves the selection of 250 students under a Million Dollar Grant that provides for tuition, books, and job counseling as they obtain a Community College AA Degree. 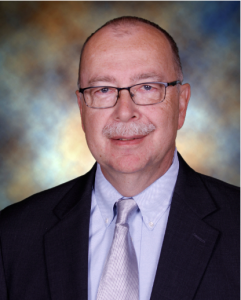 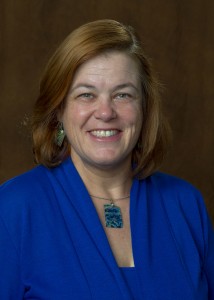 Gail Ulan is a native Phoenician.  She has worked in information technology and engineering in several markets – consulting, legal, and government – for over thirty years. Gail was the chief information officer for the State of Arizona Governor’s Office during Napolitano and Brewer administrations and she currently works at Central Arizona Project.  Gail has a BS in Engineering and Public Policy from Washington University in St. Louis, and an MBA from Arizona State University.  Gail continues to serve on the Beth El Congregation Board of Directors and is married to the best husband ever with whom she has four amazing children.  Gail’s hobbies include volunteering, running, biking and swimming. 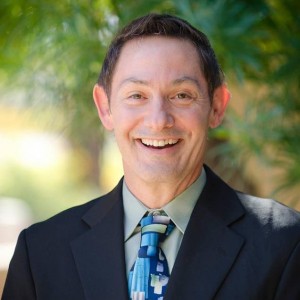 Jason Moore has more than 20 years experience developing, managing and directing non-profit organizations and school-based youth programs. He currently serves as Vice-President of Finance & Operations with the Children’s Action Alliance where he manages fiscal, HR and office management functions as well as providing the president and board leadership with financial analysis to maximize the organization’s impact, progress towards strategic goals, and mission. 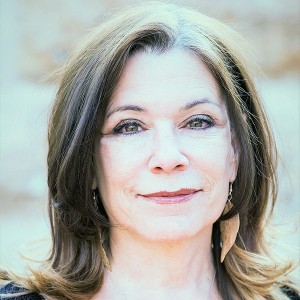 Sandra Price is a faculty member with Arizona State University’s School of Community Resources & Development. She has worked in economic development, conservation, and diversity and inclusion, with government agencies, non-profit organizations, and as a consultant. 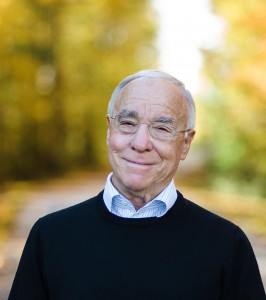 Stephen Stein is a retired orthopedic surgeon who practiced orthopaedic surgery in Phoenix for 30 years. He served as Chief of Staff of Good Samaritan Hospital, Assistant Clinical Professor of Surgery at the University of Arizona, and as Director of Pediatric Orthopedic Education, Phoenix. Along with his teaching activities, he took orthopaedic residents on clinics throughout the Navajo reservation during his time in practice. In addition, he was appointed to the Medical Board of Arizona where physicians’ patient care and conduct was monitored. He served as a medical officer in the US Army for four years during the Vietnam War.

Board Members in Memoriam 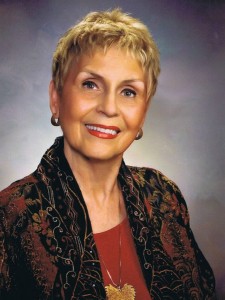 Carolyn Allen was a distinguished former state senator who was an independent voice, such as when she was the only Senate Republican who voted against SB1070.  Carolyn was on the board from the origin of GCI. She served as Vice Chair until she had to resign due to health. 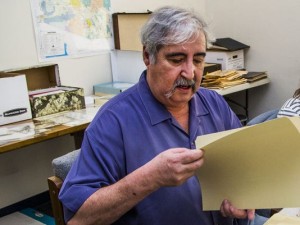 Jack August was instrumental in helping launch GCI. He may have been Arizona’s most distinguished historian and author of numerous books and articles on the history of the New American West and biographies. 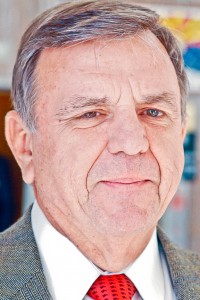 Bill Konopnicki of Safford, who owned and operated McDonalds franchises, served in the state house for 8 years, frequently worked with colleagues from both parties with a special interest in criminal justice reform and education.